This is how #FightHotCheetos became a thing at our middle school.

We know that obesity occurs at alarming rates in our youth populations. Nationwide, 17% of children and teens are obese (12.7 million students). On top of this, students in urban contexts are disparitly affected. More specifically, students who are Hispanic, non-Hispanic black, from low-income or less educated households are far more likely to become obese (CDC). Students attending my school, in particular, live in a “food desert.” Food detrimental to their health and well-being is offered on nearly every corner of the block.  But organic fruits and vegetables are neighborhoods away. Knowledge about how to work them into an everyday diet, might even be further away. 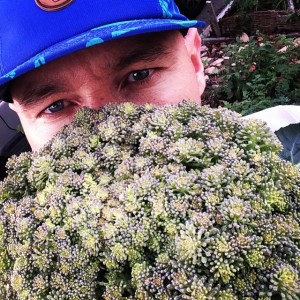 What we eat affects how we learn.

We know that what students eat affects the way they feel, how much they are motivated, and what they learn. In response to this reality, our school moved to serve breakfast in the classroom.  Our district even worked to improve nutritional offerings during the lunch time hour. 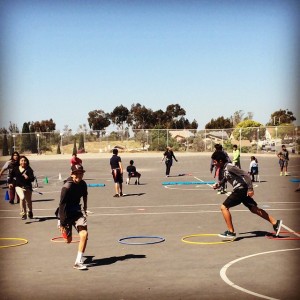 But it wasn’t enough.

The discolored fingertips, lethargic bodies, and neon-red post-run throw up (don’t ask to see the photo!) told us that we needed an intervention. Kids were still making poor food choices. So Ms. Burns and I took up the fight. But we didn’t take Hot Cheetos on directly. No, we were smarter than that. For an entire school year, we worked to present students with ‘delicious but nutritious’ alternative options every Tuesday. 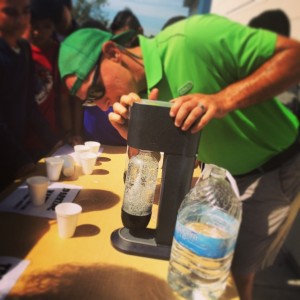 We called it “Try it Out Tuesday.”

And kids ate it up! A majority of students proved brave enough to try on new tastes, new flavors. New fruits. New vegetables. 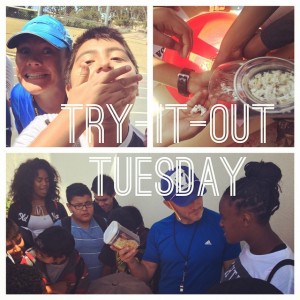 From dried mangoes to broccolini, from seaweed to tangelos, sparkling water to air-popped popcorn, students tried it all. 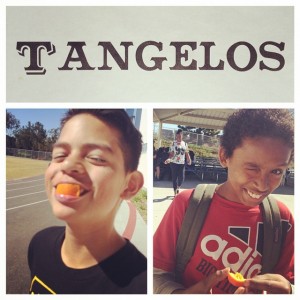 Their reactions were priceless. 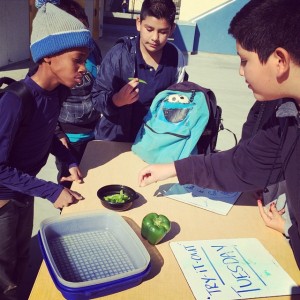 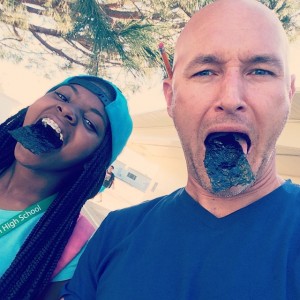 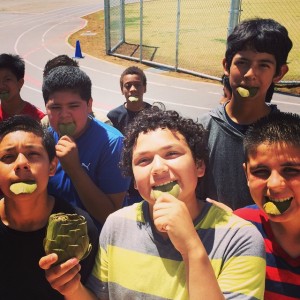 What out-of-the-box efforts are you seeing educators make to meet critical needs of their students?