As leaders who are committed to growing, we should crave feedback.  The problem is, most of us shy away from it.
When we are surprised by feedback that points to our weaknesses, we tend to take things personally. We get defensive. We rationalize the critique away.  When we do this, we may be missing out.

If we are courageous enough to respond differently, then honest feedback can become our greatest teacher and source of professional growth.

Being reminded that the best leaders bravely seek feedback, I ‘doubled down’ at my school.  In addition to leaning into the recent feedback conversation I had with a staff member, I decided to push further. This week I asked my instructional leadership team, “How could I lead better?”  What I learned was invaluable.

Advice from Dr. Marshall Goldsmith- “4 Ways to Win Now” Entre Leadership Podcast  &  What Got You Here Won’t Get You There 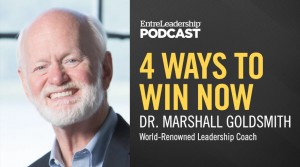 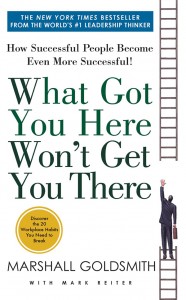 1. Developing a skill for receiving feedback can take you from near great to great. Leaders like you have “been successful because you do a lot things right, and in spite of doing some things that are stupid.” We all have blindspots.
2. There are 100 bad ways to ask for feedback and 1 good way. When asking for feedback directly, the only question that works is some version of, “How can I do better?”
3. Stop asking for feedback and then expressing your opinion. The first thing we want to do when we ask for input is the last thing we should do: give our opinion.
4. Don’t judge the ideas people give you.  Just listen and say thank you. If you react positively to ideas you immediately like and negatively to ideas that you don’t like, then your colleagues will shape their behavior. Eventually people will feed you exactly what they think you want to hear.
5. Never promise to do everything people say. Leadership is not a popularity contest. “Look, thank you for your ideas. I can’t promise to do everything. I am going to listen and do what I can. I can’t change the past, but I can change the future. I’m going to work hard, involve you, and do the best I can.”
6. Prior to asking people for input, let them know where you are on the decision curve:  A) Is it a done deal? B) Is it nearly decided, but you want to know what could go possibly wrong? C) Do you have a few viable options and want to know which is the most feasible? D) Are you truly open for new and creative solutions? Being clear about this can change the game for you.
7. Tweetable: “Interpersonal behavior is the difference-maker between being great and near great.”